Another busy week at work so I was looking for something very quick and easy as a make and mistakenly thought a paper bag would fit the bill. I had several tries at this, this is the one that worked!  The bag is made just like wrapping a gift but leaving one end open.

I had some lovely heavy paper that was originally a poster that came free with a newspaper. 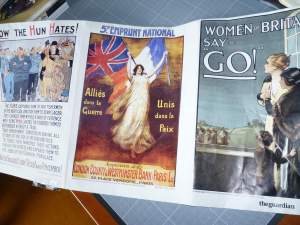 The picture above shows it cut in half with the top folded over about 1cm and glued down. 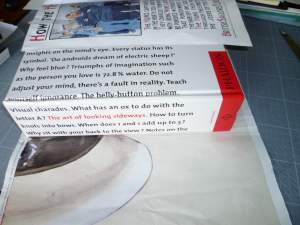 I then found a large heavy book and folded the paper around it. Folded over the edge again and glued it down.

Next I tucked in the base just like wrapping a present and glued it closed.  Standing the book upright on top of the glued paper held it all together while it dried. 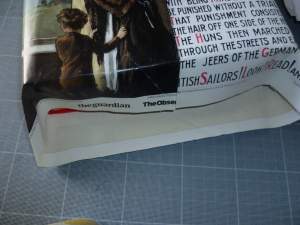 I then sharpened the creased edges of the bag and  used a two hole punch to make holes for the ribbon on both sides of the bag. 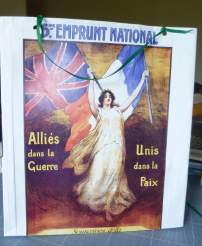 I mentioned at the beginning that it was third time lucky for this make. Here are the first two efforts: 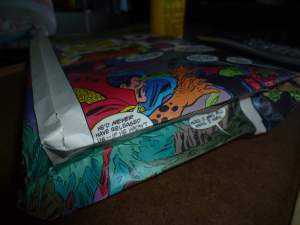 The first one I tried to make following instructions on a you tube video…disaster! 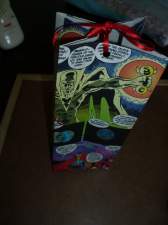 And this one looks good but would hold nothing of any weight at all as the bottom of the bag was made like this: 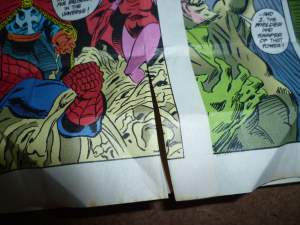 Cutting slits in each corner and then folding the bottom in.

I will get some card and strengthen this one but not today – I’m all bagged out.